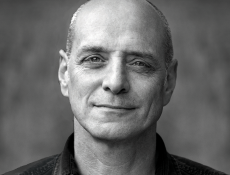 Eric Schlosser is a playwright, filmmaker, and journalist best known for his investigative reporting. Schlosser is the author of three best-selling non-fiction books: Fast Food Nation (2001), Reefer Madness (2003), and Command and Control: Nuclear Weapons, the Damascus Accident, and the Illusion of Safety (2013).  He has also written long investigative pieces for The Atlantic, the New Yorker, and Rolling Stone.  Two of his plays have been produced in London.  Command and Control — which focused on the management of America’s nuclear arsenal during the Cold War and a nuclear weapon accident in Damascus, Arkansas — was a finalist for the 2014 Pulitzer Prize in History.

Schlosser has served as a producer for four documentary films, including the Oscar-nominated Food Inc. (2008) and Command and Control (2016), for which he received a best screenplay award from the Writers Guild of America.  He has been the executive producer of two feature films, Fast Food Nation (2006) and the Academy-Award winning There Will Be Blood (2007). And he was the co-creator and co-director of the bomb (2016), a multimedia piece that has been staged at the Tribeca Film Festival, at the Berlin Film Festival, and in Oslo as part of the Nobel Peace Prize Ceremonies.