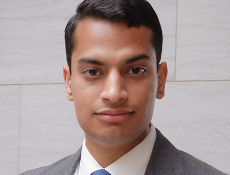 Akshai Vikram is the Roger L. Hale Fellow at Ploughshares Fund, where he focuses on U.S. nuclear policy. A native of Louisville, Kentucky, Akshai previously worked as an opposition researcher for the Democratic National Committee and a campaign staffer for the Kentucky Democratic Party. He has a strong academic interest in the history of U.S.-Iranian relations and has received grants from the U.S. Departments of State and Education to study Iranian politics and language.