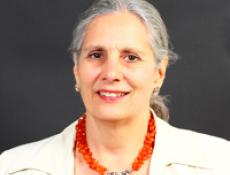 Gloria Duffy initially came to Ploughshares Fund as its first executive director in 1982. A decade later, she joined the incoming Clinton Administration as Deputy Assistant Secretary of Defense and was credited with negotiating historic agreements with Ukraine, Belarus and Kazakhstan to dismantle their nuclear arsenals, and with Russia to prevent the spread of its weapons, materials and know-how. Currently CEO of the Commonwealth Club of California, Duffy serves on the boards of the U.S. Civilian Research and Development Foundation, Occidental College, and others. She holds Ph.D., M. Phil. and M.A. degrees from Columbia University and an A.B. magna cum laude from Occidental College.