"Nuclear weapons have once again pierced the public consciousness, and people are turning to Ploughshares Fund and its partners for answers."
—Dr. Emma Belcher, President, Ploughshares Fund

Started in 1981, Ploughshares Fund has had a significant impact on the reduction of nuclear weapons. The below video illustrates our history.

For over four decades, Ploughshares Fund has supported the most effective advocates and organizations in the world to reduce and eventually eliminate the danger posed by nuclear weapons.

We act as the hub of a diverse set of thought leaders, innovators, and campaigners. Through our grant-making, we facilitate advocacy efforts to maximize the collective impact of our grantees’ work to avert and eventually eliminate nuclear threats. Our team brings widespread attention to the nuclear threat, while also providing seed funding and support to explore strategies by our well-vetted grantees, allowing innovative ideas and initiatives to take root, grow, and thrive.

While our grantees and partners have made significant progress in reducing risk and nuclear stockpiles over the last four decades, the threat of nuclear war remains very real. The clearest example being Russia’s unprompted war against Ukraine and frightening threats and ability of Russian President Vladmir Putin to use nuclear weapons.

“We desperately need Ploughshares to continue to lead the way, to fund those voices, those groups, those big ideas that poke holes in the tired, old arguments of the nuclear weapons priesthood.”
—Ed Markey, D-Mass. 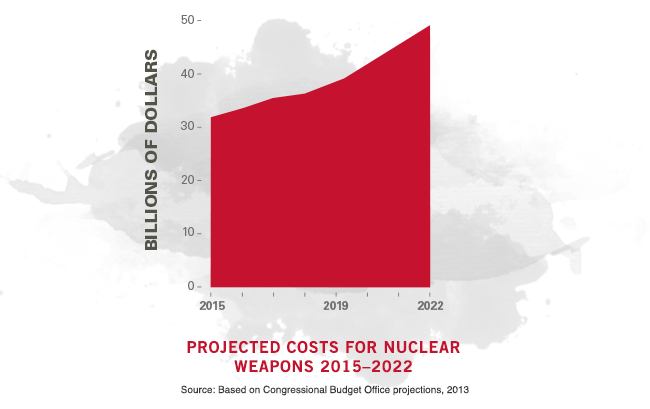 "I want to commend (Ploughshares) for what you've done on the gender and the gender issues and what you funded… You've been a leader on this. And that's very important to continue that."
—Bonnie Jenkins, Founder and former Executive Director and Board Chair, Women of Color Advancing Peace and Security (WCAPS)

Ploughshares Fund is led by Board Chair Terry Gamble Boyer, President Dr. Emma Belcher, and Managing Director & Chief Development Officer Elizabeth Warner. A core tenet of Ploughshares Fund is encouraging a more diverse group of people into the nuclear field with differing backgrounds, identities, and perspectives because diversity is an essential component for challenging assumptions and status quo thinking at a critical time for our world’s safety and security.

Together, we make a difference

Only together can we rid the planet of nuclear threats. We can’t do it alone. Our supporters have been indispensable partners over the past 40 years. And as a public foundation, we’re accountable for every dollar spent in this effort. So please join us in making sure we are all safe from nuclear weapons today, tomorrow and for generations to come.