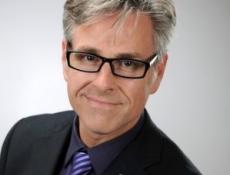 Charles Crosby is a 25-year veteran of the communications and marketing profession. He spent over a decade as a communications leader in higher education in his native Canada before relocating to California in 2014. Since that time, he has served as the MarCom lead for the Evergreen School District in East San Jose, and Catalyst Family Inc, a statewide organization that is the largest non-profit provider of family care in California, prior to joining the team at Ploughshares Fund. He earned his Accreditation in Public Relations (APR) in 2009, and is a published novelist, produced playwright and former college instructor.