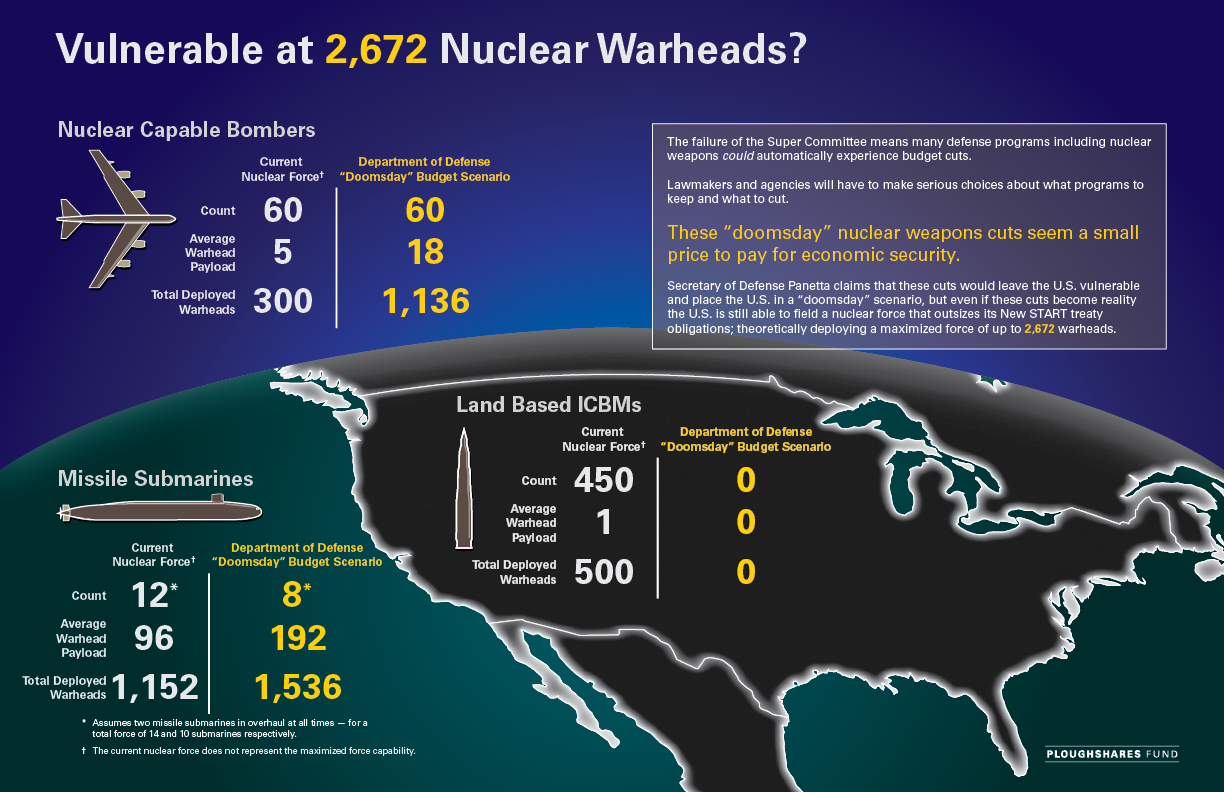 In a recent article, Jeffrey Lewis of Arms Control Wonk outlined what could happen to U.S. nuclear forces under a sequestration budget. He illustrates that even with Secretary of Defense Leon Panetta’s so-called “doomsday” cuts to nuclear weapons related activities, the U.S. could still field enough warheads to greatly surpass the limits put in place by New START.

What could that “doomsday” look like if the U.S. maximized its nuclear forces? (View at full size)

Lewis is careful to note that these cuts are what could happen and not necessarily what will happen. Likewise, he posits a nuclear force that we could have under the deepest cuts. It is striking that the U.S. could make significant cuts to the strategic weapons budget and still potentially field a nuclear force slightly over ten times the size of China’s. It does force one to ask, “why not scale back outdated weapons for some much needed economic security?”

12/06/11 UPDATE: A reader correctly noted that sequestration cuts in total dollars did not match Jeffery Lewis' article. I have updated the number on the graphic and in the posting to correct for the error. Thank you for reading both this posting and Jeff's excellent piece.

12/06/11 UPDATE: To avoid any confusion, we have removed the total dollar figure from the post.

Tough Lessons: Advice for the Next President