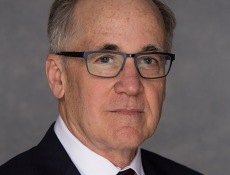 A former Ploughshares Fund board member, Samuel D. Heins served as Ambassador to the Kingdom of Norway during President Obama's second term. He has been active in Minnesota DFL politics (Democratic Farmer Labor) since 1964 serving in organizing, campaigning and fundraising capacities. He practiced law for forty-five years, beginning his career as Law Clerk to US District Judge Earl R. Larson (a founder of the DFL) and concluding as partner, with his spouse Stacey Mills, at the Minneapolis law firm of Heins, Mills & Olson. The firm engaged in a nationwide complex litigation practice.