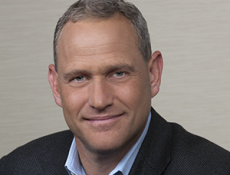 Doug Michelman is a seasoned global communications leader with more than 20 years of experience leading in-house corporate communications functions at Visa and Pacific Bell and serving in senior roles at a global communications firm. As Chief Communications Officer for Visa, Michelman led the communications strategy for the largest IPO in the U.S, developed the company’s first set of corporate values and business principles and established its global corporate responsibility and philanthropy programs. In addition to leading a team of more than 100 professionals based in more than 15 countries and traveling extensively, he has lived and worked outside the U.S. for more than four years in Hong Kong, China enabling him to develop global perspectives and greater cultural sensitivity. Prior to his work at Visa, Michelman served as Western United States Regional President of Fleishman-Hillard, Vice President for Corporate Communications at AT&T and in several roles at public relations giants Edelman and Burson-Marsteller.