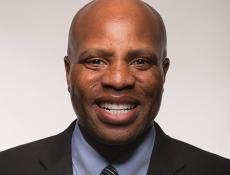 Ethan Kelly is a seasoned media advertising and PR professional with over 25 years in media advertising sales, most of that time in local market advertising sales leadership roles. In addition to his tenure with one of the radio industries most respected audio content platforms, KIRO Radio News-Talk in Seattle, he has also overseen sales for the Seattle market’s leading Conservative talk platform, KTTH Radio.

In these roles he leads a sales team that has consistently been number one in the Seattle radio market in advertising revenues through a passionate belief in developing direct relationships with both start-up and established business marketers rather than a primary dependence upon reacting to adverting agency request, an industry norm. This includes prospecting for new accounts, developing client needs analysis, message creation and on-air plus digital advertising campaign recommendations based upon specific consumer targeting. Prior to his time with Bonneville’s Seattle division, Ethan managed the sales operation for TV stations in Wisconsin and Ohio.

Before entering the media advertising business, he did a multi-year stint in the front office of the Seattle Mariners in sales and PR. He began his career working in politics and government serving in both media relations and speech writing capacities for the Washington State Democratic Caucus and later the state’s Department of Labor and Industries. Though a fierce pro-business independent, Ethan has provided media advice to like-minded candidates from both political parties in the years since being a Democratic National Convention delegate and early volunteer for Gary Hart’s first Presidential campaign. Ethan earned his BA degree at the Evergreen State College studying political history and journalism.