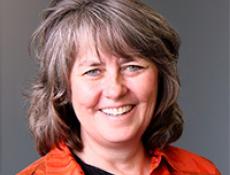 Honorable Gael Tarleton is the former Washington State Representative for the 36th legislative district (Seattle). Tarleton has a long history of involvement in national security and port issues. She began her career as a senior defense intelligence analyst for the Pentagon, becoming one of the few women to advise the Joint Chiefs of Staff on threats to our nation. In 1989, she was the youngest person ever to receive in public the Director of Intelligence’s “National Intelligence Medal of Achievement.” After a decade working at the Pentagon, Gael ran two international subsidiaries of a Fortune 500 company in Russia, managing multi-million dollar budgets. Her work helped rebuild the country after the Cold War collapse, employing new technologies in an effort to clean up nuclear waste and prevent environmental disasters. Back in Washington, Tarleton co-founded the Northwest chapter of Women in International Security (WIIS) and was elected as Port of Seattle Commissioner from 2007 to 2012. In addition to her work as a representative, Gael previously served  as a strategic advisor for the Institute for National Security Education and Research at the University of Washington, and a technical advisor for Pacific Northwest National Laboratory (PNNL) in Seattle. Tarleton is also a member of the Women’s Legislators Lobby.