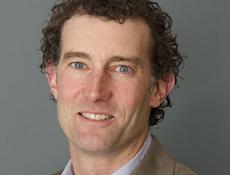 Paul Carroll is the Senior Advisor at N Square, based in San Francisco, CA. Launched in 2014 as a collaboration among leading funders in the nuclear security field, N Square facilitates the introduction, initiation, and integration of new ideas and new resources to reduce risks from nuclear weapons and materials.

Paul is a well-regarded expert on a broad array of nuclear weapons topics, from the history and current status of US plans and programs, to international programs and treaty regimes. He has a particular expertise on the Department of Energy’s nuclear weapons infrastructure – where warheads are designed, built, tested, and stored. He also is an expert on North Korea’s program and the challenges to limiting it, having traveled to the DPRK twice with nongovernmental delegations.

For 17 years before joining N Square, Paul was the Director of Programs at the Ploughshares Fund. He led all of Ploughshares’ grantmaking efforts and provided strategic guidance to the president, executive director and the board. Prior to Ploughshares Fund, Paul worked on nuclear weapons issues in the U.S. Congress’ Office of Technology Assessment and the U.S. Department of Energy in Washington, DC. He also worked on environmental issues at a regional office of the U.S. Environmental Protection Agency. He has published articles and appeared as a commentator for a number of media outlets including The Daily Beast, Hannity, CNN International, Fox News, AP Radio, Canadian Broadcasting Corporation and Al Jazeera America, among others.

Paul has a Bachelor’s degree from Rutgers University and a Masters of Public Policy in National Security Studies from the University of Maryland.

Since our inception, Ploughshares Fund has invested in innovative organizations and individuals in its quest to reduce nuclear weapons threats. Our investments have adapted and shifted with the times; what worked in 1981 doesn’t necessarily work today. That’s why we’re currently investing in ...
September 2, 2016 - By Paul Carroll

It is understandable that the American public generally doesn’t know much about nuclear weapons – how many there are, how much they cost, why we still have so many. The topic has not been “news” for most of the past fifteen years or so. Media attention on security issues instead gravitates toward the major crises of the day. Russia’s invasion of Ukraine, the fight against Islamic State in Iraq and Syria, the intermittent but predictable Israeli-Palestinian clashes.

Ploughshares Fund is sad to learn of the passing of Jonathan Schell. Jonathan was an inspiration. With his passing the nation has lost a strong voice for democracy.

How to Unwrap North Korea

But there is one surprise I’d rather not have – wondering what North Korea might do next.

Ploughshares Fund extends its most heartfelt congratulations to Zia Mian of Princeton University on receiving the 2014 Linus Pauling Legacy Award.

The Starship Enterprise’s Dark Nuclear Past

Star Trek: Into Darkness is the latest in the decades-old Star Trek franchise. To date the film has grossed nearly $160 million at the box office. Not bad for its first week. After all, it cost about $190 million to make, so it seems poised to break even very soon.

Chemical Weapons, Syria and the International Response to WMDs

Time to Pull the Plug on MOX

Some things never seem to change, sometimes to the detriment of the US taxpayer. Allowing parochial interests to trump national ones is a Washington tradition that lives on. Case in point: this week Senator Lindsey Graham (R-SC) placed a “hold” on the ...

Next week marks the second anniversary of the nuclear accident at the Fukushima reactors in Japan. Remember? The days and weeks we collectively crossed our fingers as heroic workers improvised and threw everything they could at melting reactors and damaged spent fuel pools to stave off disaster...