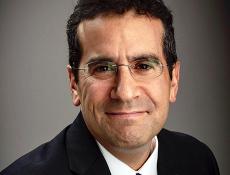 As director of policy Tom brings 30 years of Washington, DC experience in nuclear weapons, missile defense and nonproliferation issues to Ploughshares Fund. He has worked extensively as a researcher, analyst, and advocate to strengthen the efforts to end US nuclear testing, rationalize anti-missile programs, extend the Nonproliferation Treaty, and secure Senate ratification of the New START Treaty among others.

Prior to joining Ploughshares Fund in 2014, Tom served as Research Director of the Arms Control Association.  He was the Executive Director and Co-Founder of the Institute for Science and International Security and the Director of the Global Security Program at the Union of Concerned Scientists, among other leadership positions. He has published widely in major magazines and journals and has appeared frequently in the national media, including The New York Times, CNN, and NPR. He has testified before the Senate Foreign Relations Committee and regularly briefs congressional staff. Tom has a degree in International Relations from Cornell University.

Tom recently published The Button: The New Nuclear Arms Race and Presidential Power from Truman to Trump, which he co-authored with former US Secretary of Defense and Stanford professor of international relations, William J. Perry.

Read the new op-ed from the authors of The Button in The New York Times: Who Can We Trust With the Nuclear Button? No One.