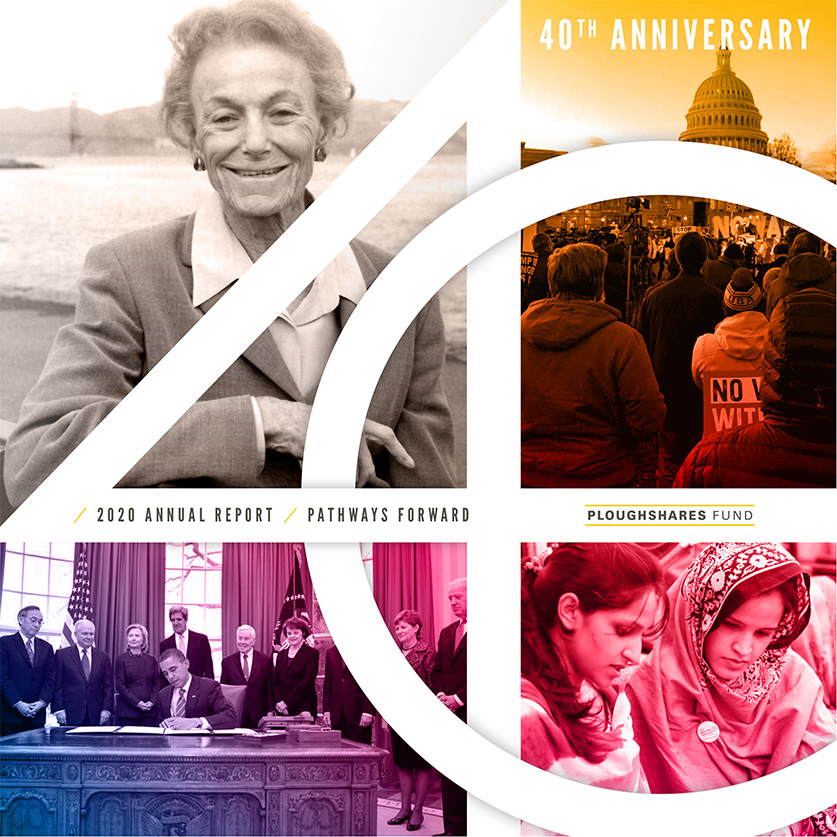 SALLY LILIENTHAL WAS ON A QUEST TO CHANGE THE WORLD. It was 1981, and she had invited public service leader Lew Butler and Nobel Prize-winning physicist Owen Chamberlain down the wooden staircase to a living room balcony extending over a San Francisco cliff below.

Chamberlain, one of the world’s quietest people, spoke up: “There are lot of problems in the world. There’s one that’s so much bigger than all the others: nuclear weapons. If we can’t get rid of them, it will destroy civilization.”

“There was silence. Then there was a consensus,” recalls Butler. “We had a foundation.” Forty years later, Sally’s vision of service to humanity lives on through the vision and mission of Ploughshares Fund.