Defusing Iran Before the Bomb is Built 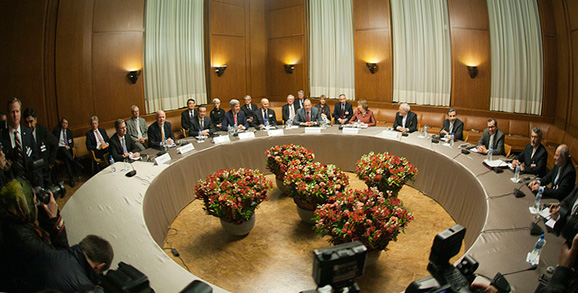 The U.S.-Iran nuclear deal is a significant step toward ensuring that Iran does not develop a nuclear weapon. In his Los Angeles Times opinion piece, "What defusing Iran would mean," Ploughshares Fund president Joe Cirincione looks at the broader implications for successfully implementing the interim deal and the steps to follow.

When Israeli Prime Minister Benjamin Netanyahu drew his red line across a cartoon bomb at the United Nations in September 2012, he highlighted the most pressing issue with Iran's nuclear program: the Islamic Republic's ability to enrich uranium to near-bomb grade. If Iran enriched enough uranium to 20% purity, Netanyahu warned, it could further enrich it for a bomb in “a few months or a few weeks.”

Netanyahu predicted that Iran would cross his red line by this spring or summer at the latest. “That's why everyone,” he said, “should have a sense of urgency.”

Stopping this near-term threat is urgent, but rolling back Iran's program would also open the way to reducing even greater nuclear threats.

Read the full article at latimes.com.