Perspective on a Nuclear Near-Miss

Joel Dobson, a former officer who was in the Strategic Air Command in the 1960s, lives in North Carolina where a near-nuclear accident known as the Goldsboro Broken Arrow took place more than 50 years ago. Joel recently wrote a book about the incident and had this to say: “The most dangerous legacies which we can leave our children are the huge number of nuclear weapons and global warming. We created both and we can fix both.” Read more about what happened in Goldsboro, in Joel’s own words.

Some say the most potentially dangerous nuclear accident occurred one year before the Cuban Missile Crisis, in January 1961 in Goldsboro, North Carolina. The danger was more than a possible thermonuclear detonation; it was the possibility of a resulting nuclear war.

We had all the ingredients for the perfect storm of nuclear war. And we came very close to having the spark: a nuclear detonation on US soil. The buildup of weapons was at an all-time high, before sufficient command and control existed for their use. Communications had an unknown weakness called EMP, electromagnetic pulse. The Strategic Air Command (SAC) was the sole carrier of long-range nuclear weapons and had just started the 24-hour airborne alert during which fully loaded B-52s were in the air around the clock. The commander-in-chief of SAC was Air Force General Thomas Power who had received an unusual secret mandate by President Eisenhower’s “Pre-delegated Authority.” General Power could launch his nuclear force if two events occurred: if America were attacked with Soviet nuclear weapons, and if he were unable to reach the President or the Joint Chiefs of Staff.

This authority was especially dangerous, as Power was known by many of his officers to be unstable. Even General Curtis LeMay who himself was thought to be madly hawkish, considered Power to be a “sadist.”

On the night of 23 January 1961, just three days after JFK was inaugurated, a B-52 broke apart in mid-air near Goldsboro. It was carrying two 3.8 megaton thermonuclear bombs, each with more than 250 times the destructive power of the Hiroshima bomb.

The bombs came out of the spinning, disintegrating aircraft in a manner that simulated an actual bomb drop. It was only the reliability of a single switch that kept one bomb from a thermonuclear blast that would have had a kill zone of seventeen miles. It came to rest upright in a group of trees, covered by its parachute. The parachute on the other bomb did not open and the bomb broke apart in the mud. A portion of that bomb, the so-called secondary, is still there, 180 feet underground, pronounced “irretrievable.”

Had there been a detonation, would Thomas Power have called it a terrible accident? Or would he have used it as an excuse to go to war? He had the desire, the authority, and the weapons already in the air.

Air Force General Lee Butler, the last commander of SAC said, “We escaped the Cold War without a nuclear holocaust by some combination of skill, luck, and divine intervention, and I suspect the latter in greater proportion.” - Joel Dobson 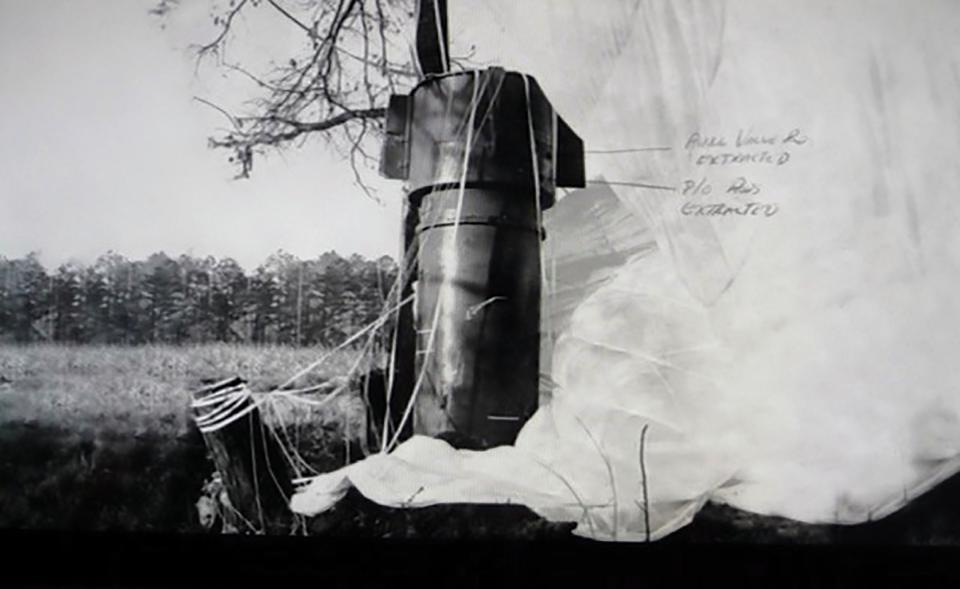 Unmute Yourself: Your Security, Your Vote