Don't Look Now, But the Iran Deal is Working 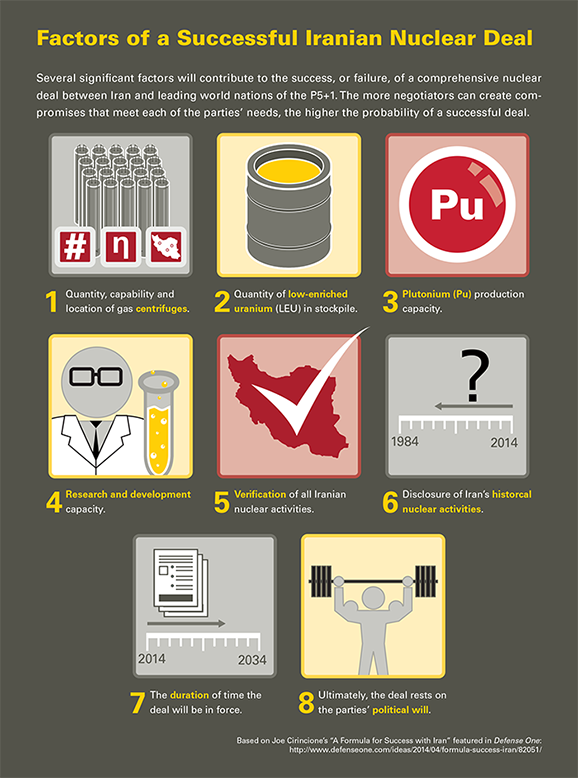 In September 2012, Israeli Prime Minister Benjamin Netanyahu stood at a United Nations' podium with a cartoon bomb warning that the world had to stop Iran before it completed “the second stage of nuclear enrichment necessary to make a bomb.”

The prime minister can rest a bit easier now. We have stopped Iran from completing that second stage.

There are other ways that Iran could get a bomb. There are plenty of risks ahead as world powers hammer out a deal to constrain its nuclear program. But this particular threat is gone. Iran will not creep up to the threshold of bomb by making near-bomb-grade material. That threat is terminated. Or as John Cleese said about the parrot he tried to return to the Monty Python pet shop, “It is stone dead. It is definitely deceased. It’s bleeding demised. It is no more. It has ceased to be!”

The International Atomic Energy Agency, or IAEA, confirmed last week that Iran had effectively eliminated that “second stage” of uranium enrichment, as required by the interim deal negotiated between Iran and the United States, United Kingdom, France, Germany, Russia and China. And news reports over the weekend hinted that a second path to the bomb may be blocked as well. But first things, first.

Netenyahu’s cartoon stunt was strange but effective. With a diagram that could have been drawn by Wile E. Coyote, Netanyahu accurately summed up the threat and garnered front page photos in nearly every major world newspaper. In order for Iran to build a bomb, he said, it first had to go through three stages of uranium production:

The second stage: they have to enrich enough medium enriched uranium (20 percent).

And the third and final stage: they have to enrich enough high enriched uranium for the first bomb (90 percent).

Netanyahu warned that we had to draw a red line, which he dramatically did on his cartoon bomb, in between the first and second stage. We could not allow Iran to get to the point “where it’s a few months way or a few weeks away from amassing enough enriched uranium to make a nuclear weapon.”

The reason is that 20 percent uranium can be fed back into Iran’s centrifuges and rapidly turned into bomb-grade. One of America’s leading experts on Iran’s nuclear program, Greg Thielman of the Arms Control Association, explained in 2012: By the time Iran acquires approximately 225 kilograms of uranium gas…enriched to this level, it would be within one month of being able to further enrich to the 90 percent required for producing the metallic core of a nuclear warhead – assuming it takes 25 kilograms of material for one bomb.

When Netanyahu spoke, Iran had roughly 190 kilograms of medium enriched uranium and was making more every week. “That’s why I speak today with such a sense of urgency,” he said, “And why everyone should have a sense of urgency.” He predicted Iran would cross his red line by the summer of 2013.

It did not. When Hassan Rouhani became president of Iran in June 2013, he stopped expanding Iran’s uranium enrichment capability.  The interim deal the U.S. and other nations secured with Iran last November rolled it back, directly addressing Netanyahu’s main fear. Iran agreed not only to stop enriching uranium to 20 percent, but to get rid of all it had made.

Read the rest of this article at Defense One.