Americans strongly support the Iran nuclear agreement, and don't want Congress to pass legislation blocking it, according to a new poll by Hart Research conducted for Americans United for Change.

The poll shows that, by a margin of 2 to 1, American voters support the framework agreement that places verifiable limits on Iran's nuclear program. And 65% respondents want Congress to allow the agreement to go forward and closely monitor its implementation, rather than acting now to block it. 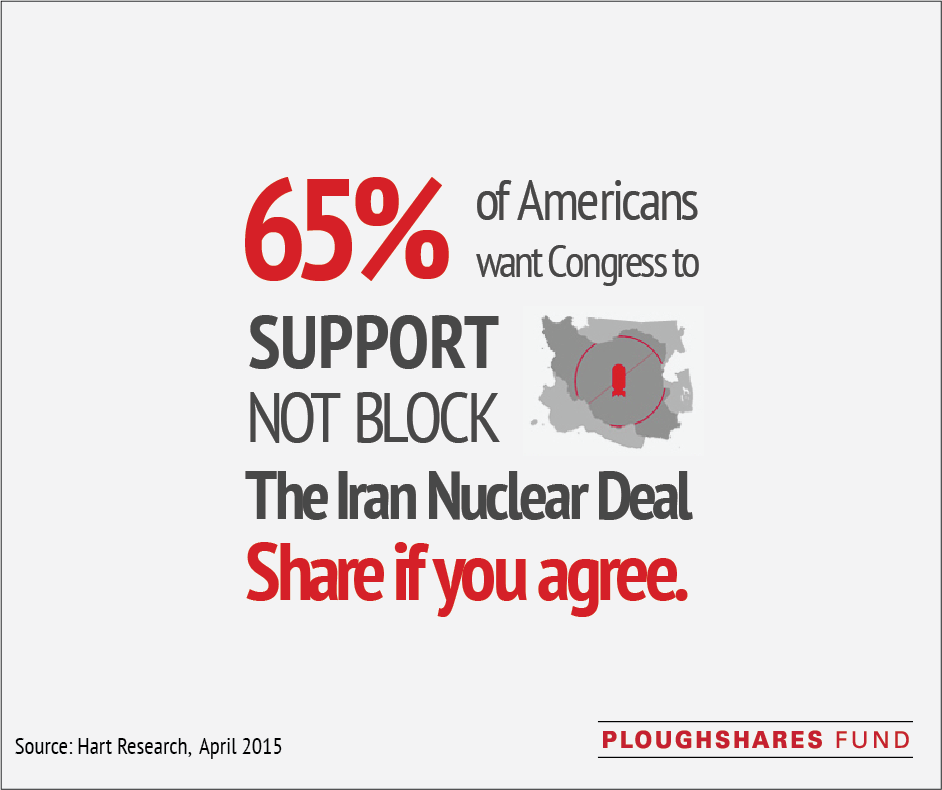 The survey comes as Congress considers legislation that would place restraints on the nuclear agreement, undermning the current negotiations and killing chances for a final deal.

The topline results of the poll are available here. For the full survey results, click here.