And learn how Ploughshares Fund is working to address current crises facing the nuclear field. 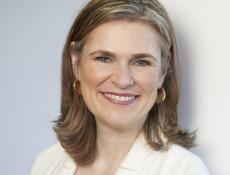 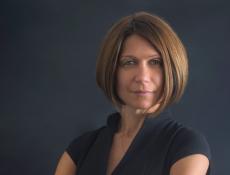 Mariana Budjeryn is a Senior Research Associate with the Project on Managing the Atom (MTA) at the Harvard Kennedy School’s Belfer Center. Formerly, she held appointments as a Stanton Nuclear Security Fellow at MTA, a fellow at Harvard Davis Center for Russian and Eurasian Studies, and as a visiting professor at Tufts University and Peace Research Institute Frankfurt. Mariana’s research focuses on the international nonproliferation regime, arms control, and post-Soviet nuclear history. Mariana also leads MTA’s Atomic Voices seminar series that provides a forum for marginalized voices and perspectives in the nuclear field. She is one of the architects and organizers of ACONA, an immersive course in arms control history, technology, and negotiations skills. 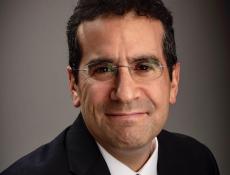 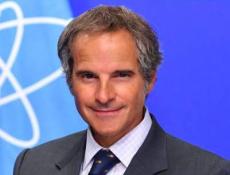 IAEA Director General Rafael Mariano Grossi is a diplomat with over 35 years of experience in the field of non-proliferation and disarmament. In 2013, he was appointed Ambassador of Argentina to Austria and Argentine Representative to the IAEA and other Vienna-based International Organizations. In 2019, Mr Grossi acted as President Designate of the 2020 Review Conference of the Parties to the Treaty on the Non-Proliferation of Nuclear Weapons (NPT), and from 2014 to 2016 he served as president of the Nuclear Suppliers Group, where he was the first president to serve two successive terms. In 2015, he presided over the Diplomatic Conference of the Convention on Nuclear Safety, securing unanimous approval for the Vienna Declaration on Nuclear Safety – a milestone in international efforts in the wake of the 2011 Fukushima Daiichi nuclear accident. Since 2017, Mr Grossi has been an International Gender Champion, promoting gender balance in the nuclear field. 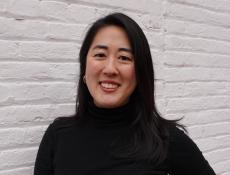 Esther S. Im is Program Manager at the National Committee on North Korea. Previously, she was a Junior Fulbright Researcher in South Korea (2015-16) and a Researcher at the Permanent Mission of the Republic of Korea to the United Nations, where she covered sanctions, nonproliferation, and disarmament issues during South Korea's second term on the Security Council (2013-15). She has interned at the US-Korea Institute at SAIS, Wilson Center, and Council on Foreign Relations. Esther has a M.Sc in Foreign Service from Georgetown University (MSFS) and a B.A. in International Relations-Political Science from Wellesley College. 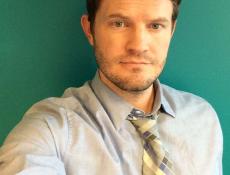 Michael Lewis is a Government and Legislative Affairs Associate with the Navajo Nation Washington Office. After earning his Juris Doctorate from Brigham Young University, he spent several years working for a consulting firm in Los Angeles before returning to Washington, DC where he is admitted to practice law, and which also happens to be his hometown. In addition to his legal experience, he has also taught American government and economics courses as an adjunct professor at Snow College. 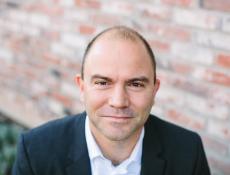 Ben Rhodes served as the Deputy National Security Advisor for Strategic Communications and Speechwriting from 2009 to 2017. In that capacity, he participated in nearly all of President Obama’s key decisions, and oversaw the President’s national security communications, speechwriting, public diplomacy and global engagement programming. He led the secret negotiations with the Cuban government which resulted in the establishment of diplomatic relations between the United States and Cuba, and served as an advisor on the Joint Comprehensive Plan of Action (JCPOA) with Iran. Rhodes is currently a consultant with the Obama Foundation and continues to advise President Obama on international issues. 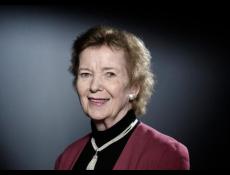 Mary Robinson was the first woman President of Ireland and former UN High Commissioner for Human Rights. She is Chair of The Elders and a passionate advocate for gender quality, women’s participation in peace-building, human dignity and climate justice. Mary Robinson is a globally recognized voice on climate change and frequently highlights the need for drastic action from world leaders. 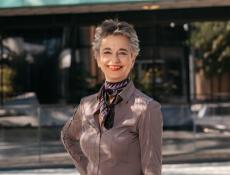 Barbara Slavin is the director of the Future of Iran Initiative and a nonresident senior fellow at the Atlantic Council, a lecturer in international affairs at George Washington University. The author of Bitter Friends, Bosom Enemies: Iran, the US and the Twisted Path to Confrontation (2007), she is a regular commentator on US foreign policy and Iran on NPR, PBS, and C-SPAN. 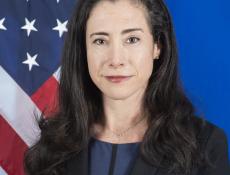 Mallory Stewart is the Assistant Secretary for the Bureau of Arms Control, Verification, and Compliance (AVC) at the U.S. Department of State. She joined AVC in 2022, after serving as a Special Assistant to President Biden and Senior Director for Arms Control, Disarmament, and Nonproliferation at the National Security Council since January 2021. Prior to joining the NSC, she was the Senior Manager for Global Nuclear Security and Nonproliferation at the Center for Global Security and Cooperation in Sandia National Laboratories. While at Sandia, she helped lead Sandia’s Cooperative Monitoring Center in its efforts to facilitate scientific engagement for global security. 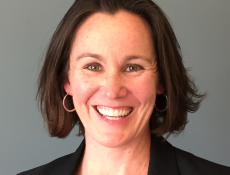