Join us for Ploughshares Fund’s virtual nuclear policy forum, Press the Button LIVE: Nuclear Policy in the Biden Administration and Beyond.

Every year we gather partners in the nuclear policy community, top officials in Washington, members of Congress, and hundreds of citizens like you who are eager to learn more about how we can reset nuclear policy to reduce the threat of nuclear weapons and create a safer world for all.

In conversation with President Emma Belcher, Finer will discuss the Biden Administration's nuclear policy priorities for the Nuclear Posture Review, the Joint Comprehensive Plan of Action (also known as the Iran Nuclear Deal), and the new trilateral security pact between Australia, the United Kingdom and the United States, AUKUS.

Moderated by Director of Policy and Press the Button co-host Tom Collina, this expert panel will explore the pressing nuclear challenges facing the Biden administration and the steps it needs to take to reduce the role of nuclear weapons, prevent proliferation, and address past environmental harm. Panelists will cover the Iran Deal, the Nuclear Posture Review, Russia and China, nuclear justice, and more.

Moderated by Director of Programs and Press the Button co-host Michelle Dover, this discussion will push us to think about the long-term prospects for nuclear policy change. It will tackle the big picture questions, including the need to challenge entrenched assumptions, the importance of taking a long view, and steps we must take to build a more inclusive and effective field.

Lilly Adams is an independent consultant specializing in nuclear weapons issues. She is founder and coordinator of the Nuclear Voices project, connecting nuclear policy organizations and nuclear frontline communities and seeks to amplify issues of nuclear justice. Adams is a consultant for the Union of Concerned Scientists in their Global Security Program and is a member of the Board of Directors of the Arms Control Association. She is a 2019 alumna of the Institute on Global Conflict and Cooperation’s Public Policy and Nuclear Threats Boot Camp and previously ran the anti-nuclear weapons program at Washington Physicians for Social Responsibility. She has a bachelor's degree from UC Berkeley in Society and Environment and completed a year-long training program with Green Corps.

Dr. Emma Belcher, PhD is president of Ploughshares Fund. Previously she spent nearly a decade at the John D. and Catherine T. MacArthur Foundation, where she led the foundation’s Nuclear Challenges grantmaking program. Belcher has served as a Stanton Nuclear Security Fellow at the Council on Foreign Relations, an advisor in Australia’s Department of the Prime Minister and Cabinet on national security and international affairs, and a public affairs officer at the Australian embassy in Washington, DC. In the Spring of 2019, Emma delivered a TED Talk on the importance of confronting, humanizing, and ultimately solving the existential threat of nuclear weapons.

As director of policy Tom Collina brings 30 years of Washington, DC experience in nuclear weapons, missile defense and nonproliferation issues to Ploughshares Fund. He is co-author, with former Secretary of Defense William J. Perry, of The Button: The New Nuclear Arms Race and Presidential Power from Truman to Trump, published in 2020. Collina has testified before the Senate Armed Services and Foreign Relations committees and has appeared in the national media, including The New York Times, The Washington Post, CNN, and NPR. Tom has a degree in International Relations from Cornell University.

Michelle Dover is Ploughshares Fund’s Director of Programs, investing in efforts to eliminate the dangers posed by nuclear weapons. She is also co-host of Press the Button, co-founded Gender Champions in Nuclear Policy, and serves as the Peace and Security Funders Group Steering Committee Chair, working in close partnership with equity initiatives in the field. Previously, Dover conducted research at the James Martin Center for Nonproliferation Studies on nuclear, chemical, and biological cooperative threat reduction programs. She was previously a Nonproliferation Graduate Fellow at the National Nuclear Security Administration. She holds a master’s degree in conflict resolution from American University and graduated with honors from the University of Denver with a degree in international studies and French. 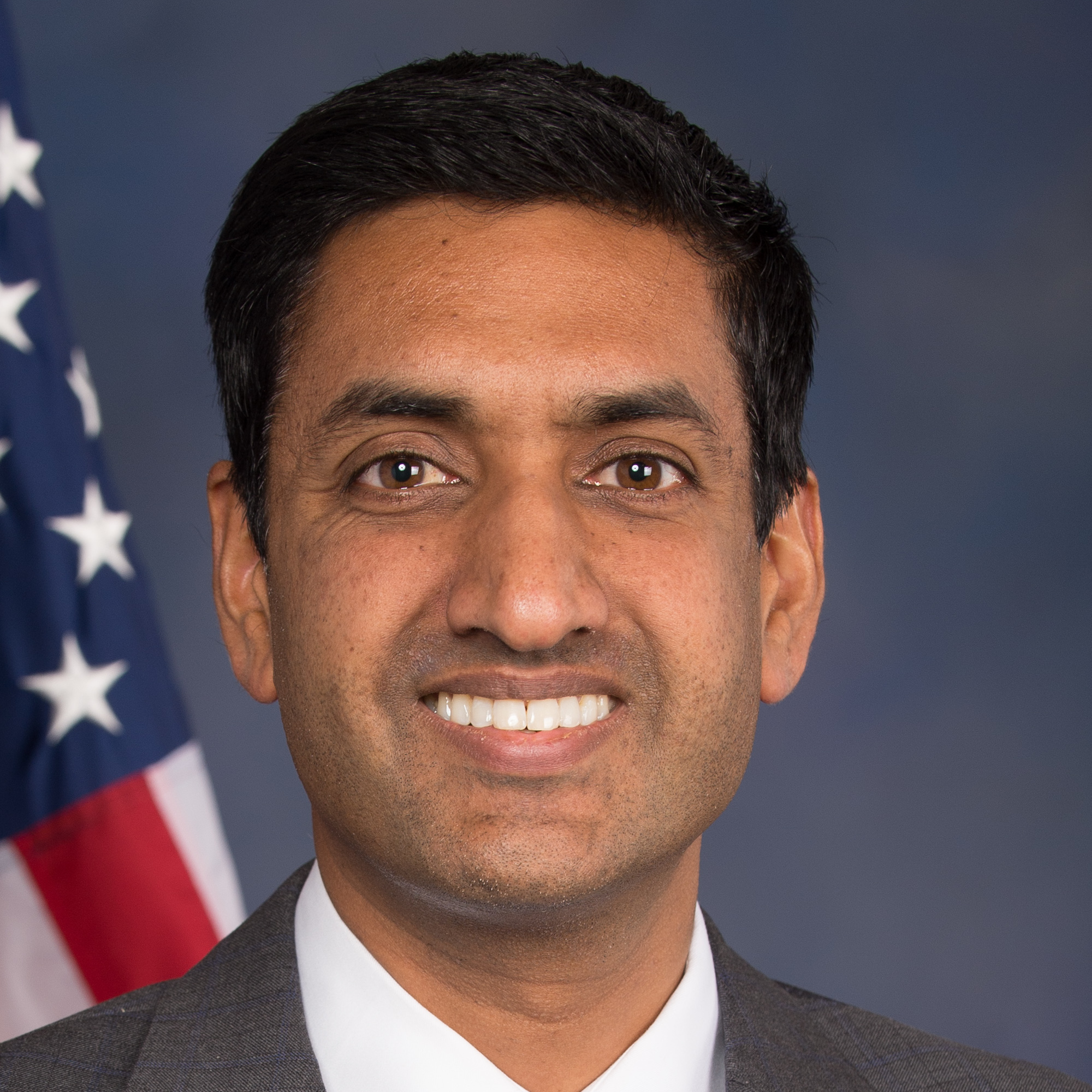 Representative Ro Khanna represents California’s 17th Congressional District. Rep. Khanna sits on the House Committees on Agriculture, Armed Services, and Oversight and Reform, where he chairs the Environmental Subcommittee. He is committed to advancing a foreign policy of military restraint and diplomatic engagement. Instead of spending trillions on wars overseas, Rep. Khanna believes we should invest in priorities at home. He along with Senator Markey introduced the Investing in Cures before Missiles Act that calls for cancelling further development of the GBSD and directing those savings towards development of a universal coronavirus vaccine. 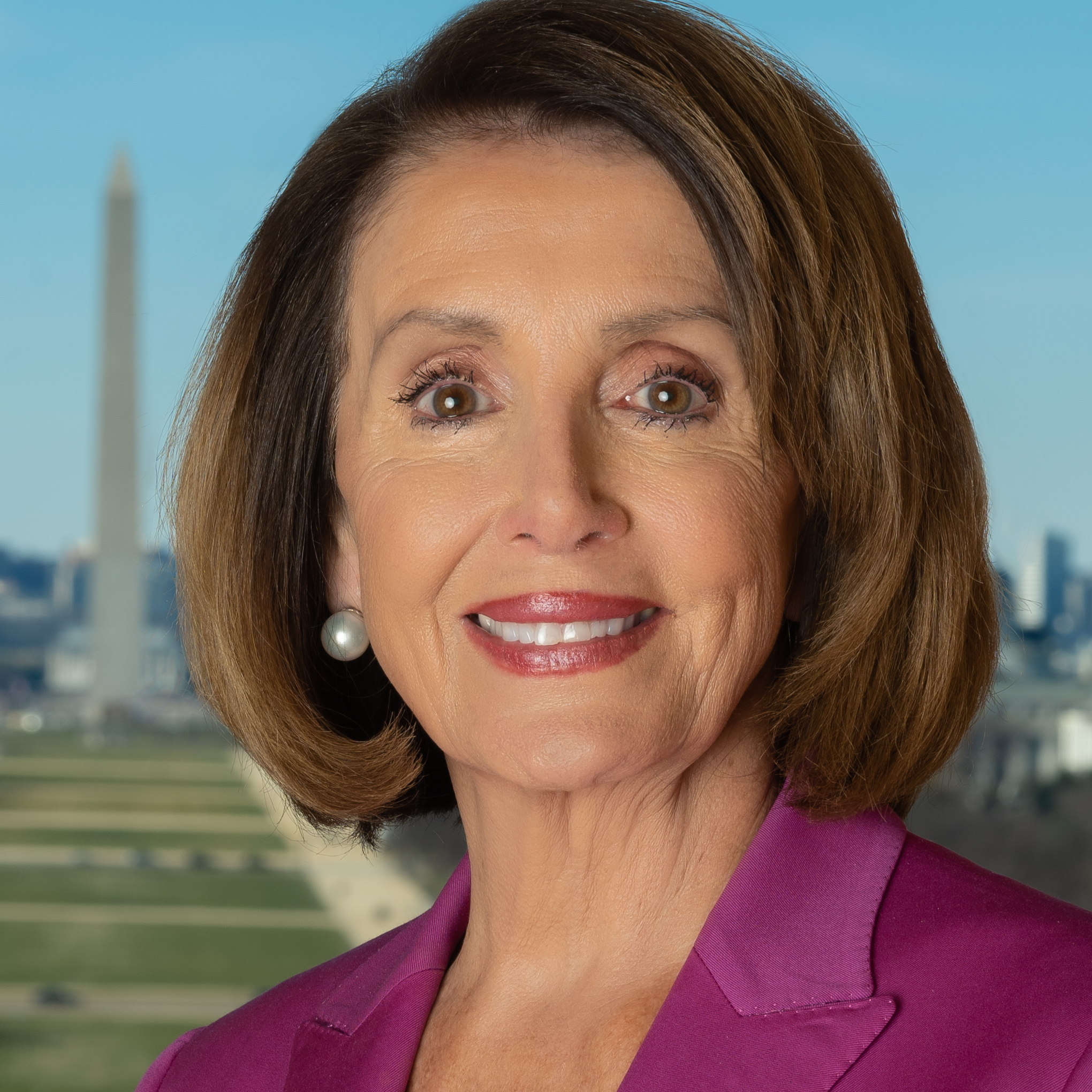 Nancy Pelosi is 52nd Speaker of the House of Representatives and two-time history-maker as the first woman and the first person to serve three terms in this second-in-line to the presidency role. For 31 years, Speaker Pelosi has represented San Francisco, California’s 12th District, in Congress. 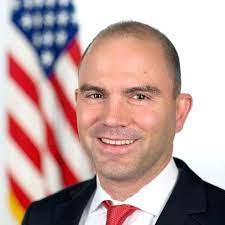 Ben Rhodes is a writer, political commentator, and national security analyst. He is a contributor for NBC News and MSNBC; co-host of Pod Save the World; a senior advisor to President Obama. From 2009-2017, Ben served as a Deputy National Security Advisor— he participated in all of President Obama’s key decisions and oversaw the President’s national security communications, speechwriting, and public diplomacy. He is the author of The New York Times best sellers: After the Fall: Being American in the World We’ve Made and The World As It Is: A Memoir of the Obama White House. His work has also been published in The Atlantic, The Washington Post, The New York Times, and Foreign Affairs. Ben has a B.A. from Rice University and an M.F.A from New York University. 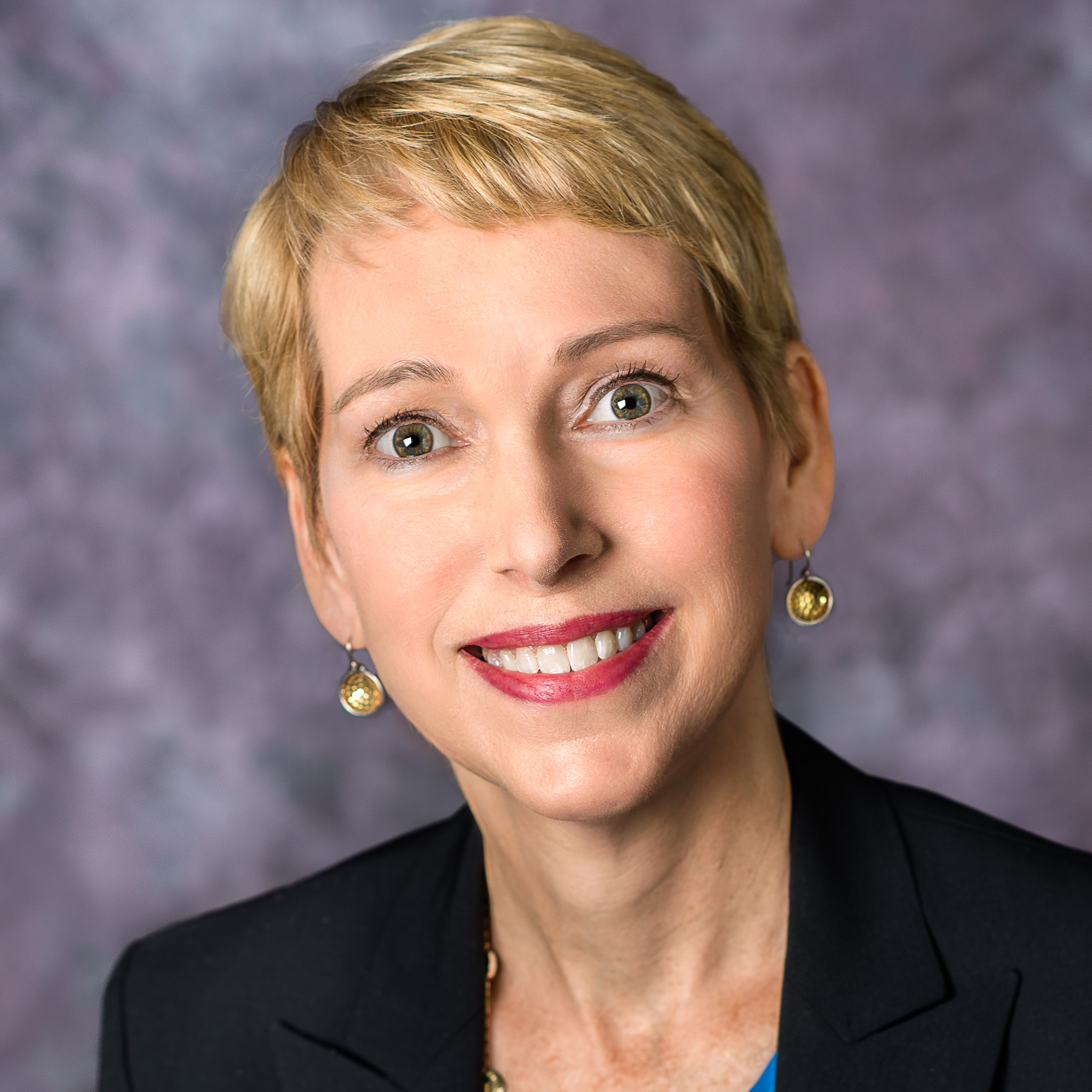 Joan Rohlfing is President and Chief Operating Officer of the Nuclear Threat Initiative (NTI). Previously Rohlfing held senior positions with the U.S. Department of Energy and worked in New Delhi as an advisor to the U.S. Ambassador to India in the wake of nuclear tests in India and Pakistan. She’s worked as a professional staff member of the House Armed Services Committee where she oversaw nuclear programs of the Department of Defense and the Department of Energy’s national security programs. Rohlfing began her career in the Office of the Secretary of Defense, where she was awarded a Presidential Management Internship, and later worked in the Office of Strategic Forces Policy. Rohlfing holds a master’s degree in public management and a bachelor’s degree in political science. 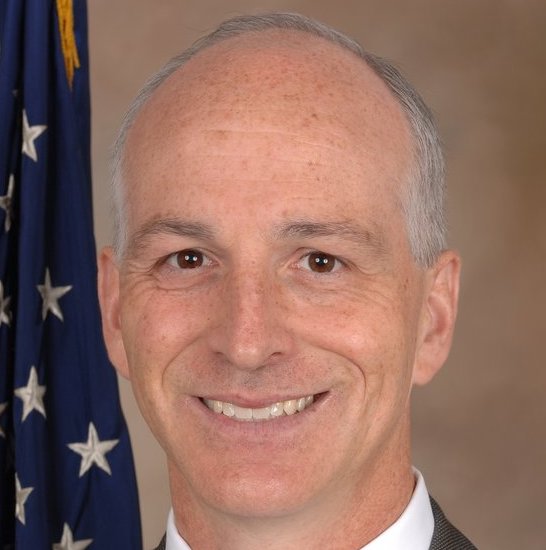 Representative Adam Smith represents Washington’s 9th Congressional District. Rep. Smith serves as Chairman of the House Armed Services Committee, where he is a strong advocate for our military personnel and their families. Rep. Smith is also committed to a safer nuclear policy, including advocating for a no first use policy. He along with Senator Warren reintroduced the No First Use Act to establish in law that the United States policy is to not use nuclear weapons as a means of warfare first. 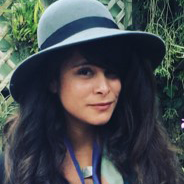 Dr. Katlyn Turner is a Research Scientist within the Space Enabled research group. In that role, her primary research includes work on inclusive innovation practices and on principles of anti-racist technology design. She additionally mentors students, works on proposal writing efforts, and helps to communicate the team's work. Dr. Turner earned her PhD in Geological Sciences from Stanford University, where she researched novel nuclear waste forms. Dr. Turner additionally holds an M.S. in Earth & Environmental Sciences from the University of Michigan, and a B.S. in Chemical & Biomolecular Engineering from the University of Notre Dame. 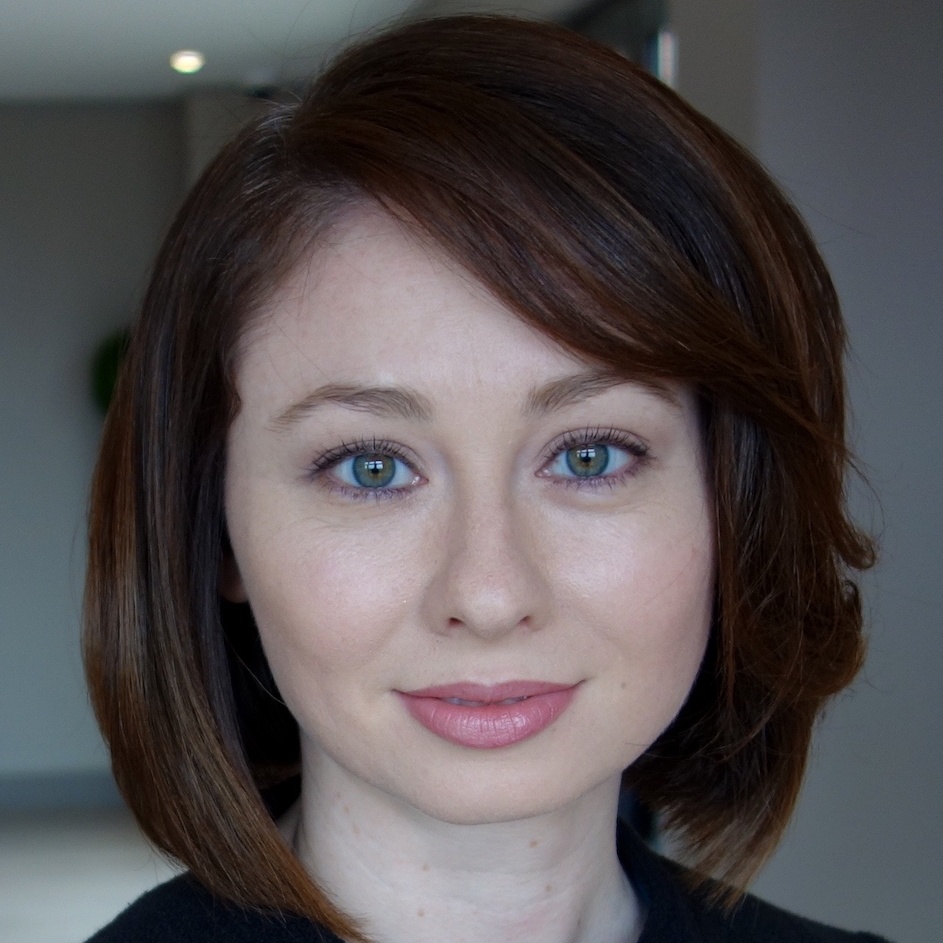 Dr. Jane Vaynman is an Assistant Professor of Political Science at Temple University. Vaynman’s work focuses on security cooperation between adversarial states, the design of arms control agreements, and the effects of emerging technology on international institutions. She is the co-founder of the Nuclear Studies Research Initiative, promoting intellectual exchange and cross-fertilization for emerging nuclear research in policy, history, and political science. Previously, she was a Stanton Nuclear Security Fellow at the Council on Foreign Relations and held positions with the Elliott School of International Affairs, U.S. Department of State, and the Carnegie Endowment for International Peace. She was a Fulbright Fellow at the Carnegie Moscow Center in 2006-2007. She received her Ph.D. in political science from Harvard University and B.A. in international relations from Stanford University. 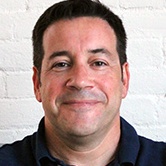 Jon Wolfsthal is Senior Advisor for Global Zero. From 2014 to 2017, he was special assistant to the President and senior director for arms control and nonproliferation at the National Security Council. Wolfsthal also worked from 2009-2012 as then Vice President Biden’s spec cal policy advisor for nuclear affairs. Prior to that, he was deputy director of the James Martin Center for Nonproliferation Studies at the Monterey Institute for International Studies and worked at the U.S. Department of Energy, the Carnegie Endowment, the Arms Control Association and the Center for Strategic and International Studies.