Why the Navy is not Paying for Missile Defense 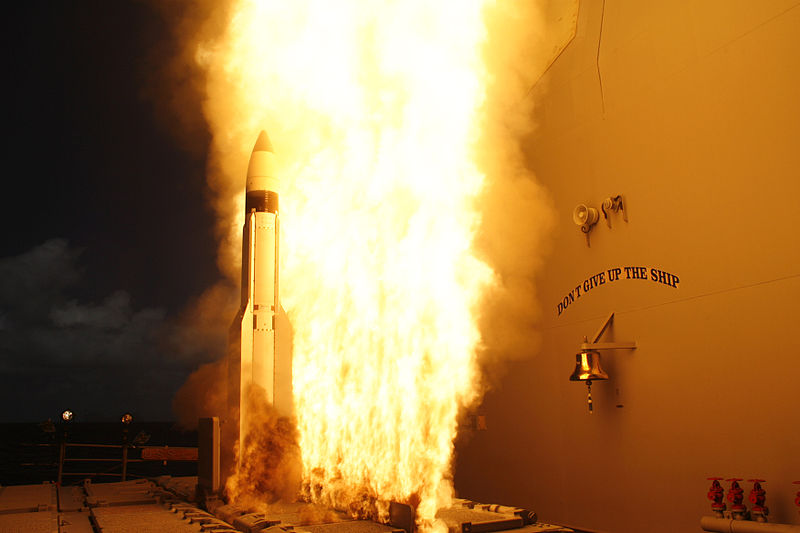 The Navy’s Aegis missile defense system is the backbone of the Obama administration’s Phased Adaptive Approach to missile defense. So why isn’t the Navy paying anything for missile defense? The omission, revealed by Pentagon missile defense budget estimates, says a lot about Navy priorities during an era of tightening budgets.

Last week, I published a report at the Center for Arms Control and Non-Proliferation that revealed the complete annual data behind Department of Defense estimates for missile defense spending. The Pentagon opted not to release such detailed data in its budget reports this year, so it required some DIY budget transparency.

That research revealed that annual missile defense spending will hover around $9.5 billion, with $47.4 billion total through FY2017. Take a look at the full spreadsheet here. (pdf)

One noticeable gap in this data, however, is the Navy.

This flips the normal process on its head. Usually when a program moves from research and development into procurement, the military services pay to procure and operate the equipment. The Navy escaped this routine and logical step somehow for its SM-3 missiles, and, in the process, dodged the expense.

It’s not transparent, but this shell game reveals where Navy priorities are. They want boats, not expensive missile defense systems with a history of cost overruns and schedule delays.

As Secretary of the Navy Ray Mabus testified in March, “We want to increase the number of our highly capable large surface combatants to meet the President’s directive that we confront the growing ballistic missile threat to the United States and its Allies.” (emphasis mine)

The statement is telling. The Navy is eager to satisfy directives from the Commander and Chief, more so if it means procuring nine new DDG-51 destroyers over the next five years. But times are tight. The Navy budget shrank by almost $1 billion this year, budget cuts are likely ahead, and the threat of sequestration looms. The Navy needs to cut non-essential programs to preserve core capabilities and keep a large fleet.

So, when it came time to load ships with costly SM-3 missiles for a non-core mission, the Navy was probably all too eager to avoid that expense, instead saddling MDA with the additional costs.

Missile defense programs seem to be in the third category. And nobody except MDA will want to get caught holding that bag in the end.